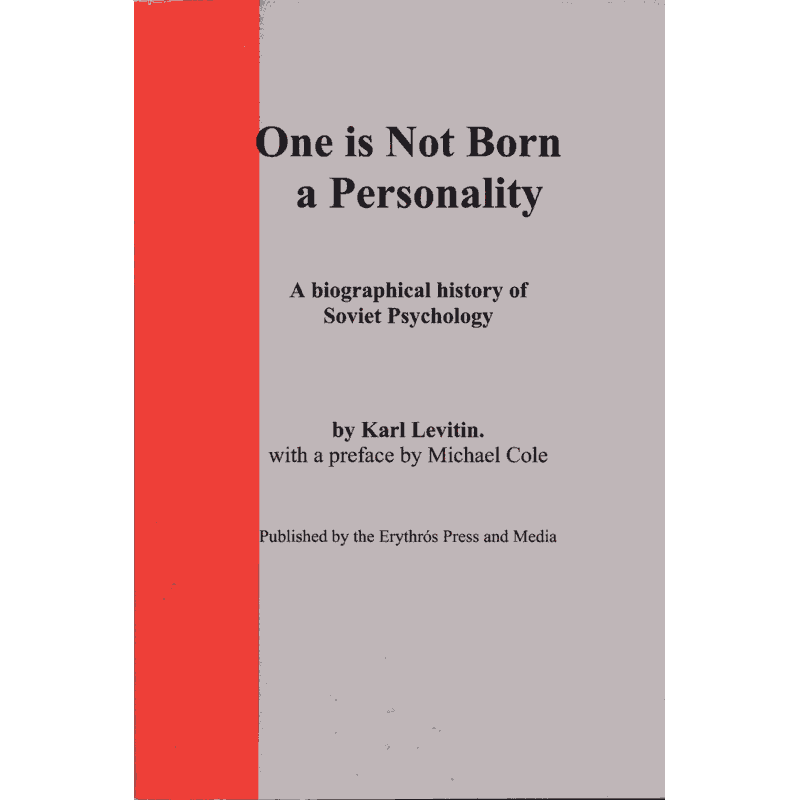 One is Not Born a Personality by Karl Levitin

One is not Born a Personality:
A Biographical History of Soviet Psychology

by Karl Levitin
with prefaces by Mike Cole and Vladimir Zinchenko

One is Not Born A Personality was first published in 1980, just as a resurgence of interest in Vygotsky and his followers began in the late 1970s. This book, although long out of print, is still widely cited by contemporary scholars interested in the development of the “cultural-historical” school of psychology, as Vygotsky’s approach came to be called. In part, this interest stems from the fact that in his role as a journalist, Karl Levitin was able to obtain interviews with many of the key figures who had known and worked with Vygotsky before his death in 1934, and who continued his tradition into the post-war era. In some respects,  interest in Karl’s writings stems from the fact that Soviet scholars were either entirely inaccessible to foreigners or enabled to interact with them only under strict constraints that precluded deep understand and friendship. By providing an account of both the intellectual contributions and personalities of the people he wrote about, the abstractions of Soviet psychology came alive in a special way. This publication gives readers access to the original material, gathered through personal interviews.

Erythros Press and Media, LLC has brought the work back into print and included extra material. Most of the section on Meshcheryakov has been replaced by an extended version published as “The Best Path to Man,” as published in Soviet Psychology in 1979. Also included are biographical tributes to the author by Vladimir Zinchenko and Michael Cole.

Published with permission of the Levitin Estate. Proceeds from the sale of this book are reserved for Karl Levitin’s surviving family.