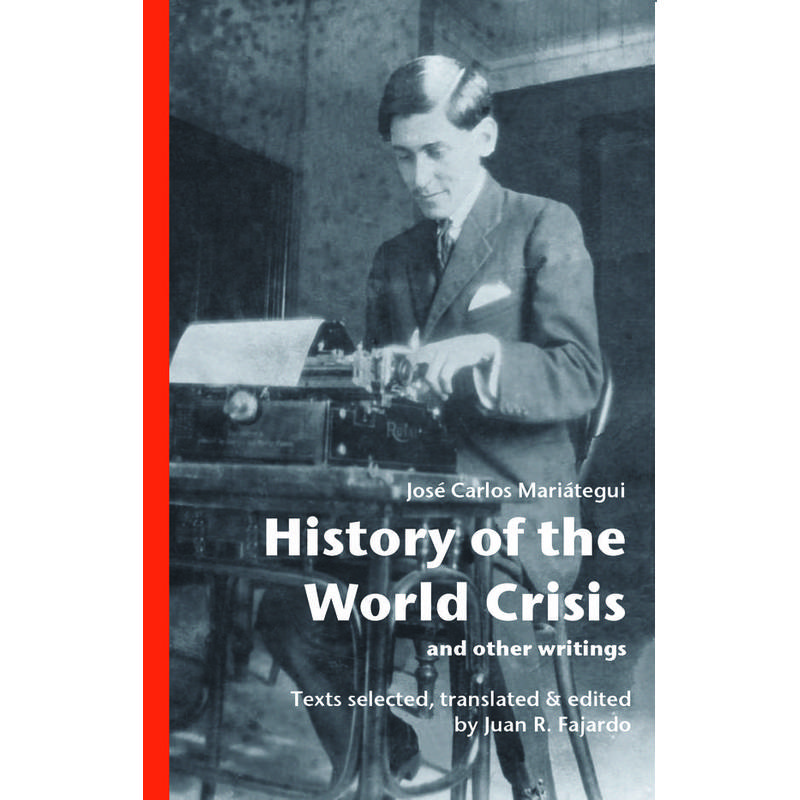 José Carlos Mariátegui (1894  1930), the founder and director of the seminal journal Amauta and of the Peruvian Socialist Party, is regarded as one of Peru’s, and Latin America’s most influential and original Marxist thinkers.  Indeed, in the three-quarters of a century since his death, interest in Mariátegui and his ideas has waned but little, if at all.

The main selection in this volume, History of the World Crisis, consists of a series of lectures delivered to workers schools by Mariátegui upon his return to Peru after a four-year stay in Europe.  In those seventeen lectures delivered between June 1923 and January 1924  Mariátegui insightfully and incisively examines the post-World War world crisis, the weakening of democratic institutions, the paralysis of the League of Nations, the decline of the Second International and the advent of the Russian, German, Hungarian, and Mexican revolutions, describing it as a crisis of Western civilization. This volume represents the first time the record of those lectures is published in full in the English language.

The volume is rounded out with a selection of writings illustrative of Mariátegui’s thinking on topics which may be of particular interest to contemporary readers, and which reflect on some of the principal social movements to have emerged from the world crisis he described: imperialism, fascism, feminism, socialism, and Marxism.

Born in Peru, Juan Rafael Fajardo currently lives in California, where he works as an educator. He holds degrees in Latin American Studies and Sociology from the University of California at Santa Cruz.   He is a founding member of the Marxists Internet Archive, where he administers the Spanish-language section and the José Carlos Mariátegui Internet Archive.