Writer and historian Grover Furr began studying Russian language and literature as a teenager and became interested in Soviet history about a decade later. He has conducted extensive research on the Stalin period of Soviet history, on and off since the 1970s, and intensely for the past two decades. Furr teaches in the English Department at Montclair State University. He has a Ph.D. in Medieval Comparative Literature from Princeton University.

To read his research, as well as interviews in which he explains his research more thoroughly, visit his home page.

Click on a title to visit that listing page for that book.

“It is no wonder that his work has already been translated into over a dozen languages. His work is riveting and revolutionary in its assessments. It is up to those who disagree with him to present the same kind of meticulous research.”

“Grover Furr moves with perfect ease with the Russian language and Russian archives. Without being intimidated by political correctness his research and documentation are precise, patient, meticulous.” 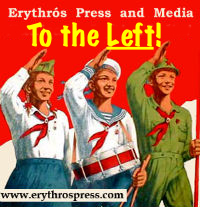